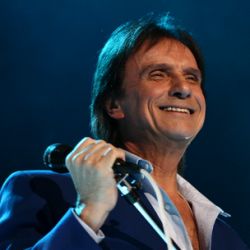 Loneliness takes the romance out of falling stars
Fills the wishing wells and fills the bars
Run and hide the scars of loneliness
Loneliness makes the winter's night seem twice as long
Makes the summer sunlight much too strong
Nothing's really wrong, it's only loneliness

So stay a while
We both have stories that are hungry to be told
Your eyes are warm, but I can feel your hands are cold
But still they're nice to hold
It only takes a simple "yes"
The time we spend leaves that much less for

Loneliness, like a love song or an old "cliché"
Has its hide outs but it's never far away
Look around you've found it's only loneliness

So stay a while
We've worn the night away, and now it's almost done
If you could stay, a bit of breakfast might be fun
It's too much work for one
And though it's just a simple guess
We're stronger now, we've made the best of

Loneliness, waits in silence while the shadows grow
Waits and wonders if it's finally the time to go
The "yes" in our "hello" said "no" to loneliness